Local resident Chris Maehr takes advantage of a balmy summer evening on Folsom Lake. He coined the term "Wake Surf Wednesday" where all his friends are invited to join him for an after-work sunset cruise. 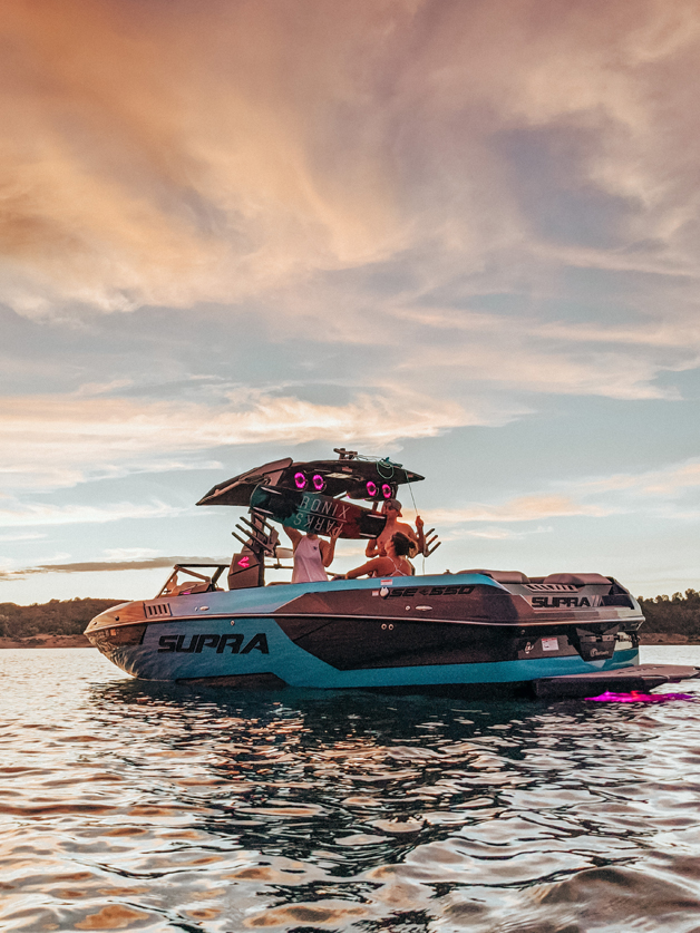 Two major campgrounds are located on the lake: Peninsula Campground (more remote; accessible by boat or via Rattlesnake Bar Road from Pilot Hill) and Beal's Point (adjacent to a beach, snack bar, and other amenities).

Go fish! Largemouth, smallmouth, and spotted bass can all be caught at Folsom Lake, in addition to rainbow trout, kokanee salmon, crappie, bluegill, and catfish.

Folsom Lake—which has a surface area of 11,500 acres, elevation of 466 feet, and 75 miles of undulated shoreline—is the ninth largest reservoir in California.

The lake was a significant mining site during the California Gold Rush of 1849. At its heyday in 1853, “Mormon Island”—an approximately 300-feet sandbar where gold was found by members of the Mormon Battalion—had a population of 2,500, in addition to multiple motels, saloons, and a school.

In-Print, Community Where We Live June 2021

11:00am · Wineries of Amador County
View All Add Your Event