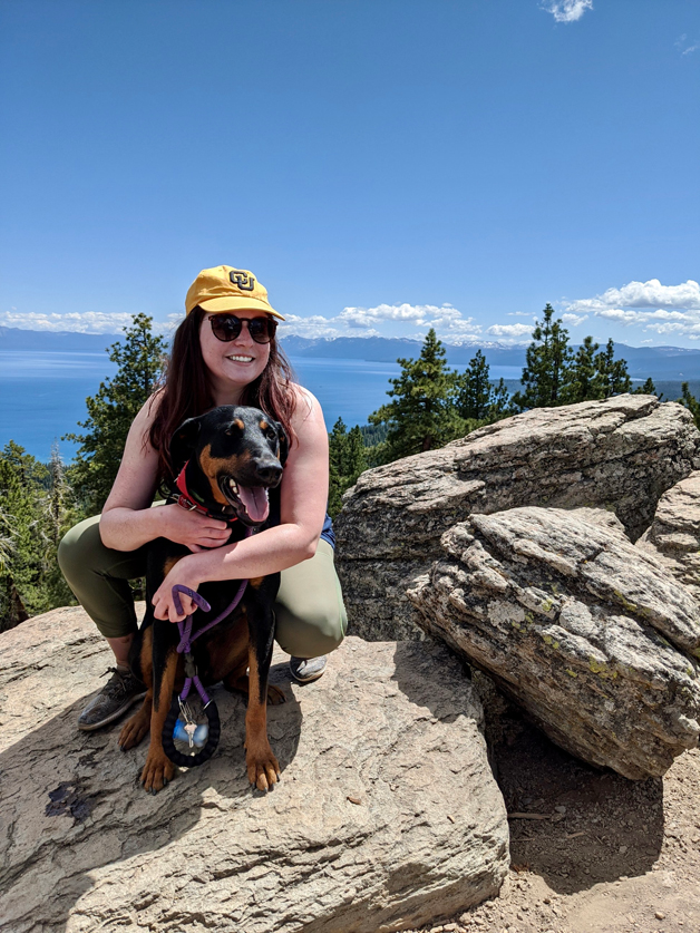 Fuel Up: Bar of America (barofamerica.com) is on a mission to provide delicious, sustainably harvested meals in a fun, no-frills atmosphere. One bite of the fried jalapeño “shooters” or chicken & waffles, and it becomes clear why this iconic Truckee watering hole has been around for over 40 years.
Know Before You Go: Plan on arriving early to secure a parking spot at the trailhead; if the paved lot is full, park along Highway 267. Expect to see plenty of people; bring lots of water.
Why We Love It: The reputation and fame of Lake Tahoe is validated by the views at the top, offering world-class beauty just a stone’s throw away from home.
Trail Notes: Bring shoes with traction and use GPS if the trail becomes unclear (though this shouldn’t be a problem in late spring/summer). Leash your dog and practice Leave No Trace ethics. GEOLOGY 101: HOW WAS TAHOE FORMED?

Despite widespread belief that the Tahoe Basin came about due to a collapsing volcanic crater, the third deepest lake in North America was actually created by fault dynamics. As the two ranges around Tahoe formed (the Sierra Nevada to the west and Carson Range to the east) a valley was established. Meanwhile, lava flow initiated a dam to the north of present-day Lake Tahoe, where a lake formed and eventually carved a new path: the present-day path of the Lower Truckee River. With the onset of the Ice Age, giant glaciers flowed down the valleys, forming large, U-shaped valleys, bare, jagged peaks, steep hillsides of gravel and rock (known as moraines), and pristine lakes that characterize Desolation Wilderness. For more information, visit alltrails.com/trail/us/california/tahoe-vista-trail. To learn more about traveling through the region responsibly, visit gotahoenorth.com. Hood Event: The One with All The Wedding Dresses