105 Vernon Street, Roseville, 916-784-6674, 105noshery.com
Randy Peters came home late one night a year or so ago. Lisa, his wife and business partner, somewhat dismayed, asked him where he had been. Before he could volunteer his excuse, Lisa fired back at him. “You’ve been driving up and down Vernon Street looking for a vacancy again, haven’t you?”
And so it is for the restauranteurs/caterers—not out carousing after hours but searching for the perfect location to open their newest endeavor: 105 Noshery. And find it they did, not so coincidentally, at 105 Vernon Street where the Peters and their crew are bringing locally sourced food and beverages—alongside a wealth of expertise—to the region. 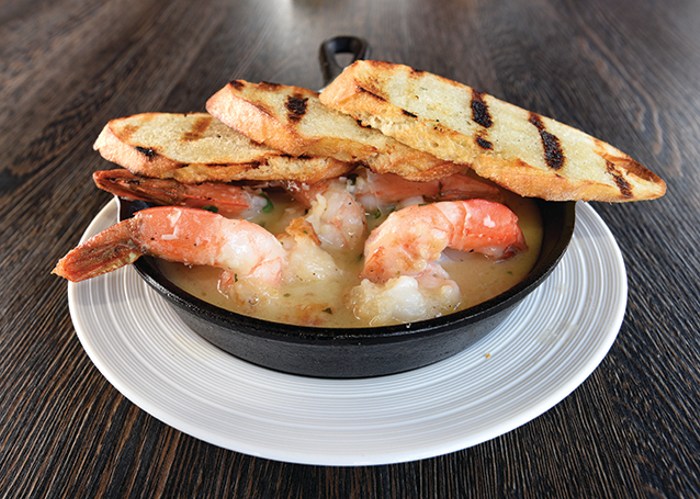 I arrived a few minutes early for my 7 p.m. reservation and was seated at the bar. Indoor seating was at a premium, especially during opening week and with occupancy limitations, but I’m always comfortable sitting at a bar—especially one that has over a dozen local beers on tap, an impressive cocktail menu, and a well-thought-out wine list.
To start, I ordered the cast iron skillet-seared garlic shrimp, featuring crumb-coated prawns bathed in a buttery broth. Dunking the accompanying toast in said sauce made the appetizer even more enjoyable. 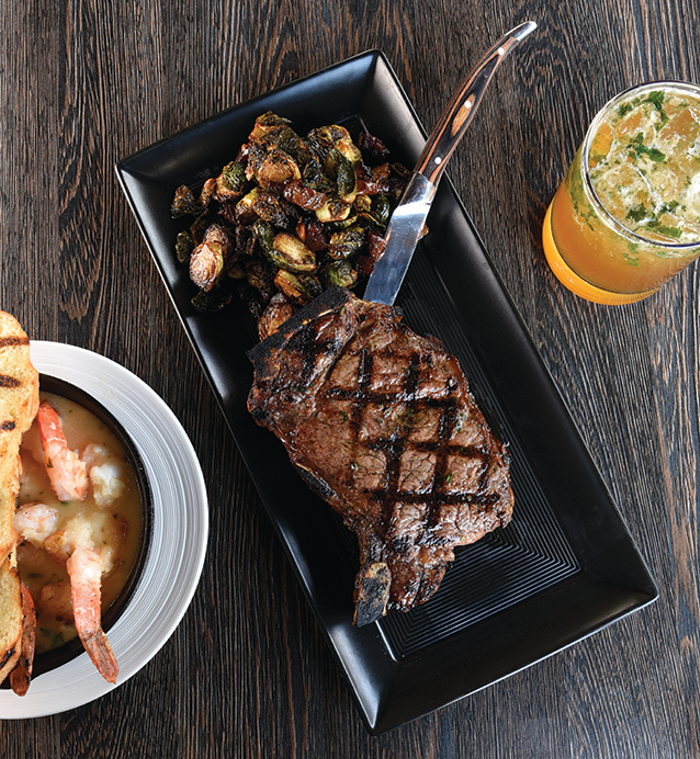 Next up was the 16-ounce bone-in New York steak. Cooked perfectly medium-rare—as were all of the proteins I sampled in three visits—alongside Brussels sprouts sautéed with bourbon and bacon, the entrée could’ve benefited from a bit of pan sauce, but the lardons combined with the sprouts still made the dish a standout. 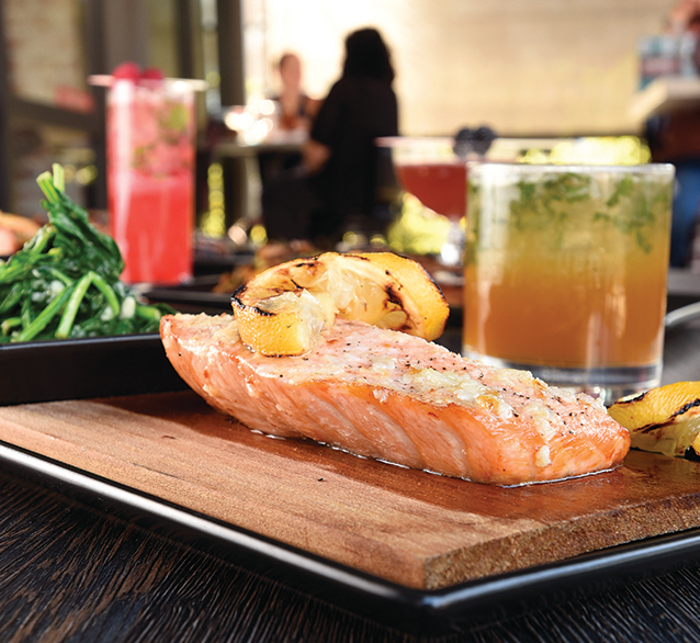 Save the best for last? Yes, definitely. The aptly named “Cedar Plank Salmon, with the Fear of Becoming Boring, the Flavors Change Weekly” was literally a mouthful—one of the best (and biggest) salmon dishes I’ve had in recent memory. On this visit, the “weekly flavor” was lemon, butter, and garlic. The chef, once again, executed the medium-rare preparation to perfection. Paired with sautéed garlic spinach (I added a squeeze of lemon) made for a winning combination. 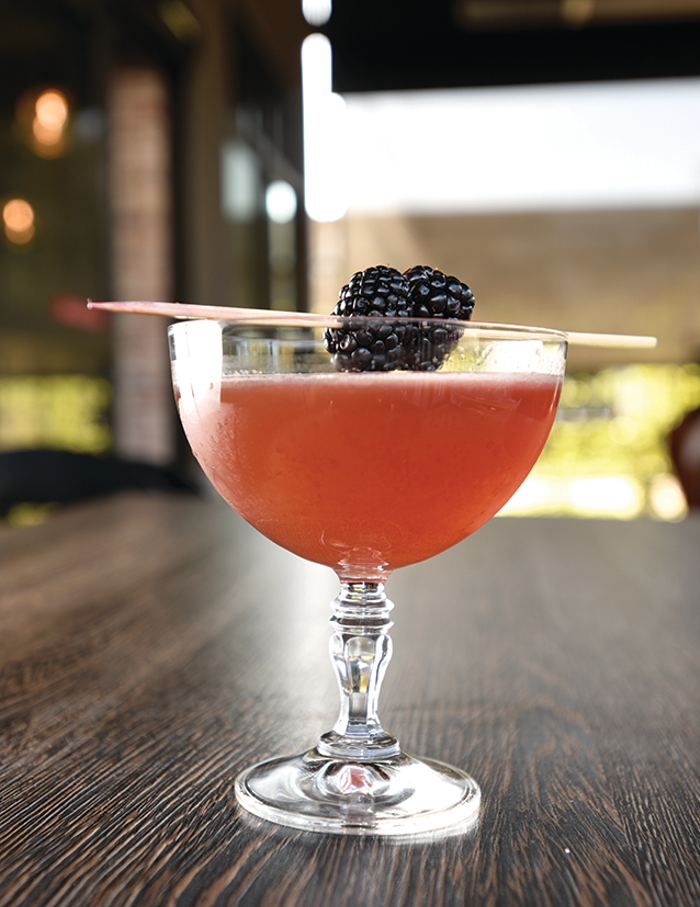 105 Noshery is a welcome addition to the Vernon Street dining scene, which has gained momentum over the past few years, and is a great place to gather with friends morning (they also serve breakfast!), noon, or night. 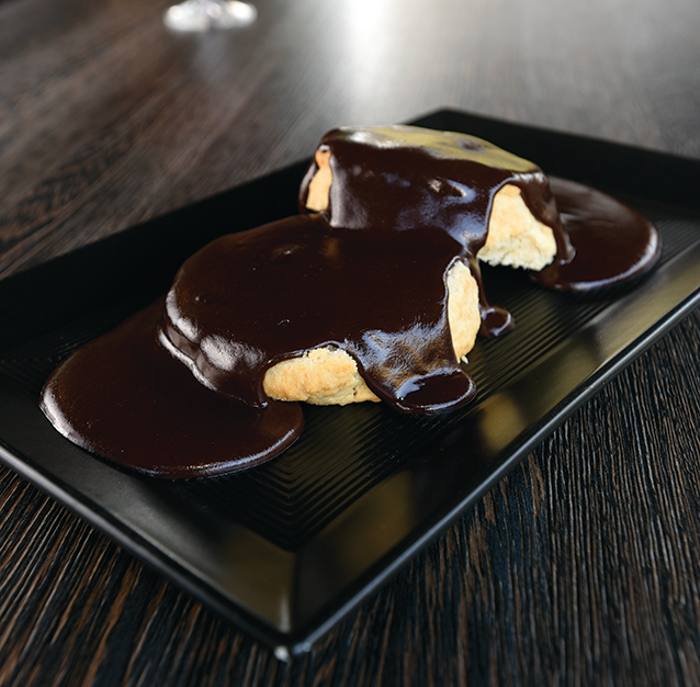 9:15am · The Studio Martial Arts & Fitness
View All Add Your Event