Harris Center: Celebrating a Decade of Arts and Performance in Folsom and the Sacramento Region In 2020, the Harris Center celebrates a decade of arts in Folsom. And for anyone who has attended a performance at the massive arts center, it should come as no surprise that the team at Harris Center is feeling quite excited about the next ten years, too. 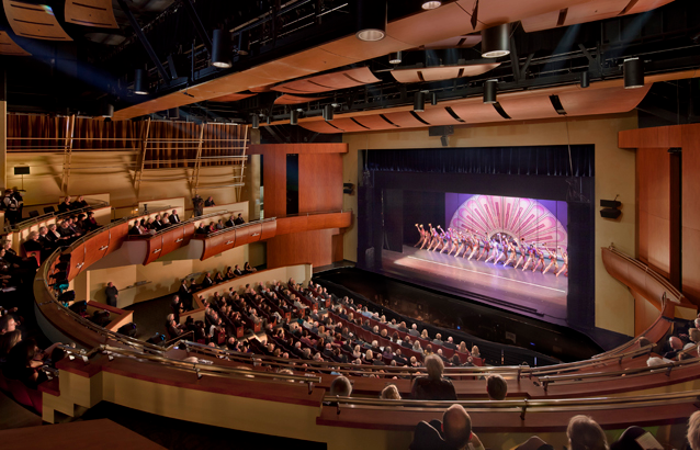 “The center is an amazing facility and the popular programs we’ve built so far have already had a tremendous impact on the quality of life in this community,” says Dave Pier, Executive Director for the Harris Center for the Arts (harriscenter.net). “At the same time, there is much more we can do to realize the center’s full potential.”

Opened in 2011 and built at the cost of $50 million, the Harris Center was initially called the “Three Stages at Folsom Lake College.” The original purpose of the facility was to serve as an instruction facility for arts and visual artists at Folsom Lake College, but when planning began, supporters realized the scope could be expanded into a public arts center for the greater Folsom community. Construction began in 2008, and in 2012, the facility was renamed to the Harris Center for the Arts to honor Los Rios Community College District Chancellor Emeritus Brice Harris, who was pivotal in the development of both Folsom Lake College and the arts center. The center covers approximately 80,000 square feet, which includes three theatres (the 851-seat Proscenium Theater, the 207-seat City Studio Theater, and the intimate 95-seat Scott-Skillman Recital Hall,) as well as an art gallery, ticket offices, ample lobby space, a cafe, and more. The Harris Center’s facilities are sponsored by local, national and international partners, like AT&T, Bank of America, the City of Folsom, Comcast, Green Oak Consulting Group, Guild Mortgage, IBS-US, Kikkoman Foods Foundation, Inc., LPAS, Patrick & Kathleen Kirklin, Sevy & Neva Cimaroli, The Harry C. Deborah Elliott Family Foundation, Mercy Hospital of Folsom, Wells Fargo and many others. With industry-defining elements like a high-definition laser projector, LED stage lighting, and a world-class, six-figure sound system, the center is equipped to handle top-tier performances from around the world. So far, they’ve hosted performers from 50 countries. 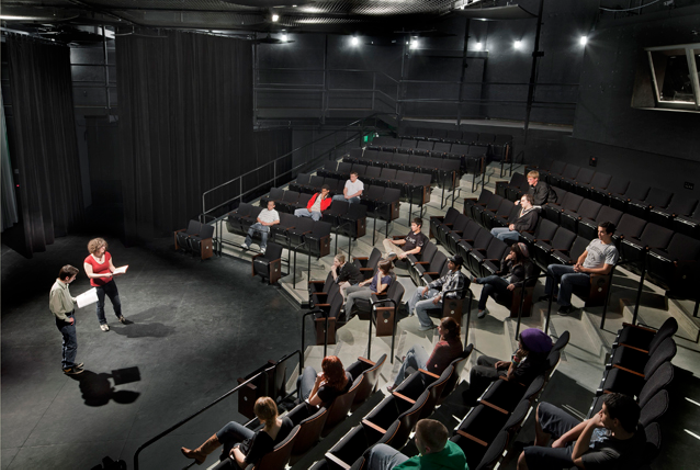 By staff estimates, the Harris Center serves annually more than 150,000 guests from the region, nearly double the Folsom population (though they topped 180,000 for the 2018-2019 season ). But more impressive still is the positive economic contribution to the area. Best estimates show that theater operations create an annual influx of $10 million into the local economy and generate approximately $1 million in additional state and local taxes. The center has also created hundreds of jobs for full-time employees and contractors from the region and within the arts community.

“Of the over 400 events that take place at the Center each year, about 50 showcase the talents of Folsom Lake College students in theatre, dance and music as part of the college’s instructional programs,” says Pier. However, students are also involved in the day-to-day operations of the center, like ticketing, concessions, stage operations, marketing and administrative services, allowing students across a variety of disciplines and majors to get real-world experience. But it’s not just Folsom Lake College students that can get involved. The center regularly hosts performances by the Sacramento Preparatory Music Academy and the Folsom Lake College Youth Chamber Orchestra, in addition to plays from the El Dorado Musical Theatre youth group. Musicals performed last year by the latter included Annie, West Side Story, and Disney’s The Little Mermaid. Whether for national touring acts or local productions, Pier says the center regularly offers discounted tickets to students. “For many students,” he says, “this may be the first time they have had a live theatrical experience.” 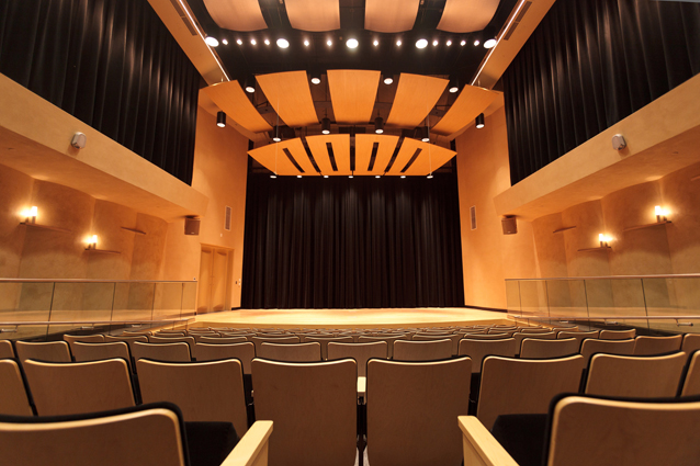 For 2020 and beyond, the Harris Center plans to hold hundreds of events ranging from musicals to magic shows. Events fall into a few categories, including events that bring in internationally recognized touring artists, events from organizations with which the Harris Center has an ongoing relationship, and productions created and developed by students primarily from Folsom Lake College. Upcoming events for summer 2020 include a live version of “Whose Line Is It Anyway?,” the popular improv comedy show on ABC, and a curated dance performance from the El Dorado Dance Academy, featuring genres ranging from ballet to belly dancing to Indian Bharata Natyam.

In a continuing effort to give back to the Folsom community and Folsom residents, there are also plans to expand the Harris Center’s offerings and reach, both in-person and virtually. According to Pier, the center hopes to strengthen their arts education programming, serving more students through both performances and summer camps. He’d also like to see artists more integrated into masterclasses and artist residencies for the school, and would like to add pre-performance discussions to some events so the audience can have a more well-rounded understanding of the artist’s work. Pier says they’d also like to offer virtual performances and bring more community groups into the center to reach new audiences that may not currently be exposed to the arts.
Visitors and supporters can become involved with the center in many different ways. Nearly 92 percent of the center’s operating revenue comes from ticket sales and rentals, so attending an additional performance every year is an ideal way to show support. On a grander scale, the center always welcomes personal donations, sponsorships, and support for their community programs. As much as the center appreciates donations, supporting the center comes with a return benefit, too. “The center and its programs build community, increase civic pride, improve cross-cultural harmony, and have a strong positive economic impact in the region,” says Pier. “The arts encourage creative thinking and increase empathy and tolerance. Arts provide meaning to our lives and are a positive experience in the world.”
SUPPORT THE ARTS
During the stay-at-home mandate, many arts organizations have had to cancel performances, or worse, cancel their seasons. The Big Day of Giving is May 7, 2020—please consider supporting local arts organizations: