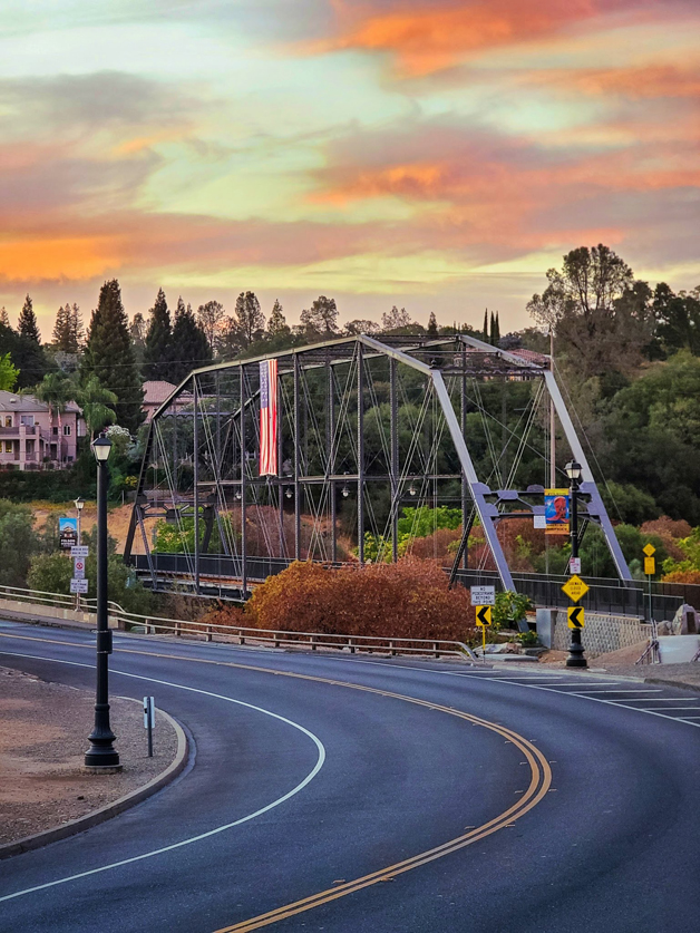 The Folsom Truss Bridge was built in 1893 to replace the Eklon Toll Bridge. Later, in 1917, the Rainbow Bridge was completed as a replacement for the Folsom Truss Bridge, which was left standing. In 1930, the State of California bought the bridge to replace a suspension bridge in Siskiyou County, and in that time, it became a historic bridge. In the late 1990s, Siskiyou County decided to replace the bridge, so the City of Folsom saw an opportunity to bring a piece of history back to its original location. It re-opened on April 15, 2000 as a pedestrian bridge.
historicbridges.org
Photo by Jason Keinigs  |  @holoholoyolo
We Want to See Your Snaps!
Send your favorite seasonal photo of the region (must be vertical!)—a local park, hiking or biking trail, body of water, etc.—to [email protected] Our favorite pics will appear in an upcoming issue.