4540 Post Street, Suite 290,  El Dorado Hills, roostarz.com, @roostarzhotchicken
I’ve heard a lot of talk lately about “the best fried chicken” and the “best fried chicken sandwich.” I have a contender, maybe a winner…I’ll let you decide. I can tell you this; I arrived at Roostarz at 11 a.m. on a Monday and by 11:15 a.m. their sliders and nuggets were flying out the door. This isn’t over-breaded, roof-of-your-mouth-torturing-greasy-chicken parts. It’s lightly coated, juicy, chicken breast tenders with a nice crunch and big flavor. Roostarz’ menu is small—sliders, tenders, kale slaw (don’t be afraid of the “K” word—it’s delicious), and fries—but boasts plenty of options. I had the Jungle Fries, featuring two crispy chicken tenders (chopped) over cheese fries topped with “Starz” sauce; and Combo #2—a slider with kale slaw and cheese, a tender with pickles (on bread), and fries. The chicken on everything I ordered was so good I didn’t want to stop and take notes! They also have a side called Kale-N-Rooz (again, don’t be deterred by the “K” word) that I’ll order next time (two chopped crispy chicken tenders over kale slaw and served with pickles and Starz sauce). There’s a menu staring at you as soon as you enter with a huge thermometer on it, allowing you to choose your level of spice: no heat, mild, medium, hot, and the reaper! I believe I had medium, which was plenty hot but still allowed me to taste what I was eating. Fresh food, family-owned and operated, friendly service? You can’t go wrong here. Winner, winner (Roostarz) chicken dinner! 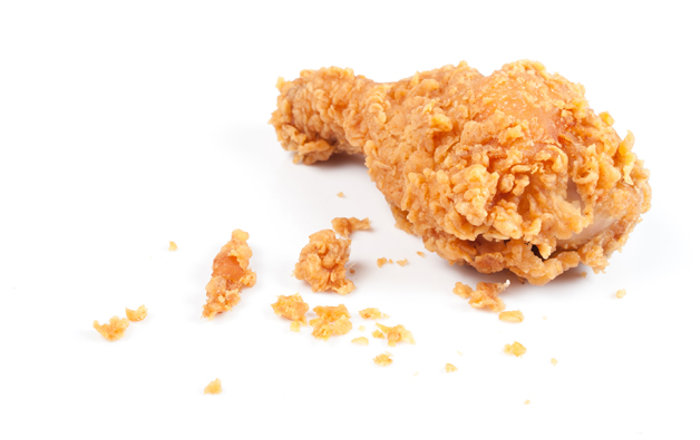 1) The first widely accepted printed recipe for fried chicken appeared in The Virginia Housewife, written by Mary Randolph in 1824.

2) In Japan, eating a bucket of fried chicken on Christmas is a nationwide tradition.

4) Alektorophobia is the fear of chickens.

5) The largest serving of fried chicken (3,675 pounds) was served at the 12th annual Karaage Festival in Japan.

6) There are more chickens on Earth than people.