Road to Recovery: 3 Stories of Sobriety Addiction takes on many different forms and to surmount it takes a lot of fortitude and strength. We’re proud to feature a few locals who’ve weathered their own storms to ultimately find peace, purpose, and positivity in their lives. 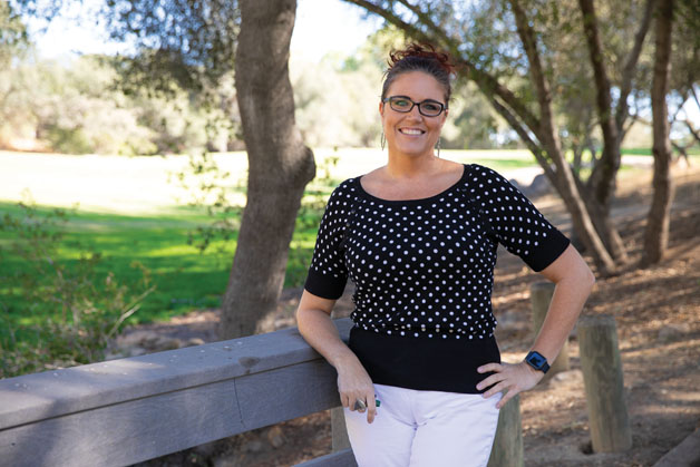 Kelle grew up in a “normal” family with a younger sister and parents who’ve been married for 42 years. Life was good until she turned 16. That’s when Kelle made a foreign exchange trip to England and was introduced to alcohol. “I loved the way it made me feel,” she recalls. “When I returned to the states, I was outraged that the legal drinking age here was 21. In another country's eyes I was responsible enough to drink but in my own country I wasn't,” she says.
After a sexual assault in high school, Kelle’s drinking pattern quickly escalated in college and she drank to forget her trauma. “Obviously, that isn't a healthy way to deal with your emotions and I know that now,” she says.
Kelle drank till she was 35 at which point an interaction with a relative made her realize she was being Dr. Jekyll and Ms. hiding-her-problems. “I could tell I was causing them pain,” she says. “They helped me realize what I had become, and I was deeply ashamed of that person. The next day I took myself to my first AA meeting and my path to recovery began.” That pivotal day was April 17, 2017.

How has your life changed since?
My life is fantastic now! I’ve mended many broken relationships, was given tools to work through and process my emotions, and have looked deeper at my own personal flaws and character defects. Every day isn’t a cake walk but that is life. It's how you deal with it. I know now that drugs and alcohol aren’t the solution for me but a rabbit hole of self-destruction.

What hopes and dreams do you have for the future?
Honestly, my sobriety is very important to me. I make good decisions when I am of sober mind and body. So, my hopes and dreams for today and every day consist of staying sober one more day. If I do that, then the sky is the limit.

Do you have any advice for someone facing similar struggles?
You are NOT ALONE! There are so many people who silently struggle on their own and die before ever really giving themselves a chance to flourish at life. Reach out for help. Whatever program of recovery you choose is a better program than the one you’re running for yourself right now. 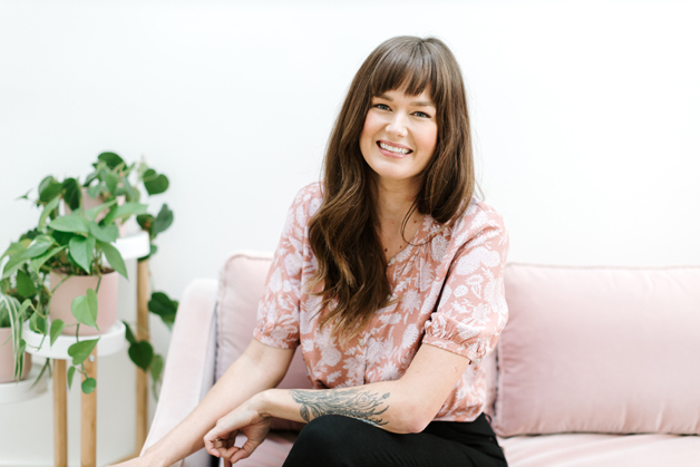 Worried that the addictive tendencies that plagued her family would affect her, Amanda abstained from drinking through high school.
But in college, after a series of traumatic events, Amanda says the anxieties that lived at the back of her mind were suddenly amplified. “Alcohol was an easy way to suspend these feelings and access a version of myself I was more accustomed to—someone fun, outgoing, brave, and up for adventure,” she shares.
Having children young seemed to slow things a bit for at 22, she stopped drinking in preparation for pregnancy. By 23 she had her first child and at 27, her second. But when Amanda’s body started becoming her own again, the mental issues she’d ignored for over a decade became too serious to ignore and she fell into her old ways.
Over time, Amanda’s altered self became more of an effort to sustain, and she started to value that person less. Finally ready to make a change, she underwent years of therapy and life-changing diagnoses that led her to stop self-medicating and embrace who she was. “Life is filled with ups and downs and it’s my job to move through those periods with as much grace and as little judgement as possible,” she says.

How has your life changed since?
I’m now an illustrator (@thesoberillustrator), the co-founder of a mental health guidebook, “If Lost, Start Here” (@ifloststarthere), and a mental health writer for an app designed to help people cut back on alcohol. I’m even more present with my children. Every day, I’m moving closer to the person I always imagined I would be.

What hopes and dreams do you have for the future?
My only goal is to understand more deeply who I am and how I can best move through the world with intention and kindness. Yes, I’d also like to publish a book, run a marathon, and receive some sort of confirmation that I’m not doing it all wrong, but I understand that this isn’t how life works. I’m excited for whatever comes my way and feel capable of handling anything.

Do you have any advice for someone facing similar struggles?
For anyone contemplating their relationship to alcohol, I would suggest a simple reframe. Instead of questioning whether you have a problem with alcohol, ask yourself if alcohol is helping you to become the best version of yourself. And if you do decide to explore sobriety, remember: There is power in community. Find your people and they will help you find your way. 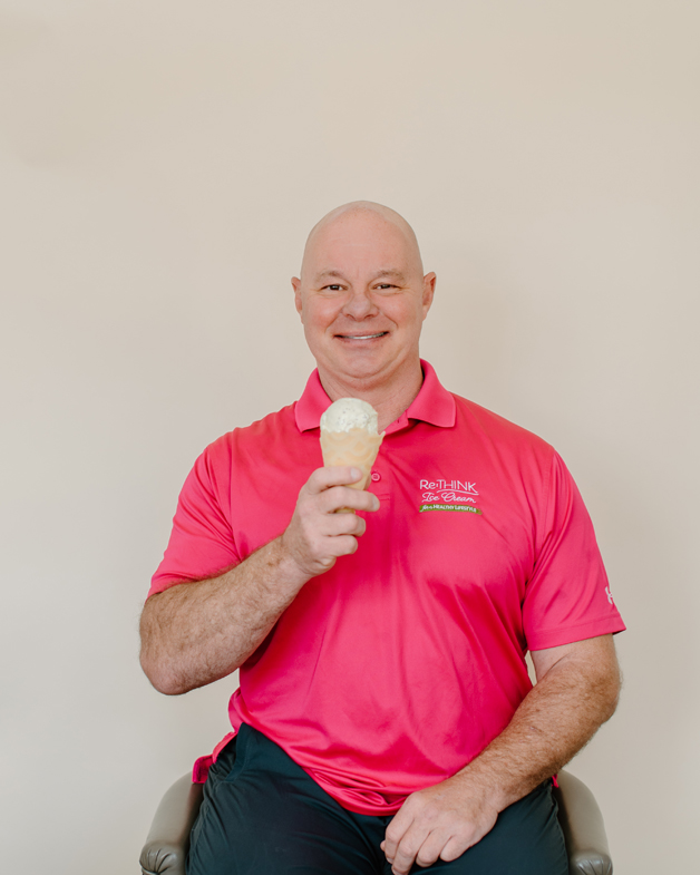 lifelong entrepreneur, George made the decision early on to create his own destiny, having built four different companies in four different industries from the ground up. But his story doesn’t begin there.
In college, he found that substances eased his anxiety, which had developed from childhood. With addiction looming large in his family, George was also genetically predisposed to it and by the time he hit 40, he was on cocaine, pain pills, and alcohol. Needless to say, it took a toll on his home and work life.
At 50, substance use had completely taken over and was controlling him. “In the end, it was a 24-hour use cycle. I had to keep using in order for my body not to immediately go into withdrawals,” he shares. “My wife was imploring me to get help but as addicts do, we try and find any other way to manage it. Ultimately, I knew there was no other way, except to die,” admits George. “So, I agreed to seek help.”

How has your life changed since?
To the extent that anyone has control over their life, I have control over my life again. I’m at peace and have been given the gift of serenity. My relationships are much better and people like and respect me more. The thought [to use] might occasionally pop into my head but that’s just the addict in me seeking an opportunity to take control again. Addiction is sneaky and powerful.

What hopes and dreams do you have for the future?
I’ve dedicated my life to ReThink (rethinkicecream.us)—a healthy, tummy-friendly ice cream—out of a desire to help others. In recovery, addicts are advised to pursue a life of giving and helping others. The idea is this becomes our new high. My dream is to build resources to help people on a large scale. Causes that are important to me are addiction, animal rights, and children.

Do you have any advice for someone facing similar struggles?
The bottom line is this: There is a better way to live life than mired in addiction. Each addict has their own bottom, where enough is enough and they’re willing to seek help. The sooner we all get to that point, the better for everyone. There is help if you want it. I attended a few rehabs and entered AA and without the help I received, I would be a dead man.
by Tara Mendanha
Photo of Kelle Collier by Taylor Gillespie. Amanda Sheeren photo by Amy Thompson Photography. George T. Haymaker, III photo courtesy of George T. Haymaker, III.

Lottery for the Arts