It was February, pre-pandemic, and we didn’t know what to expect in Edinburgh, Scotland. To be honest, we picked this city (pronounced ED-in-burrah) as our first place ever to visit abroad because, well, an acquaintance owns a flat there and offered it at an off-season price we couldn’t refuse. Thus, winter weather kept us ducking in and out of doorways all week. Snow, wind, cloudbursts…we were hit by all of it, often all within minutes. But there is no bad weather, just bad gear, right? So, we came prepared, and the upside was crowds were light, lines were nil, and the pubs all felt that much warmer when we stepped inside.
Our flat was in the “new town” part of Edinburgh (meaning it was built a mere two and half centuries ago, after the “old town” became impossibly overcrowded (more on that later). But we found both sections to be vibrant and incredibly walkable for anyone in reasonably good shape; we crushed our 10,000 Fitbit steps every day we were there. 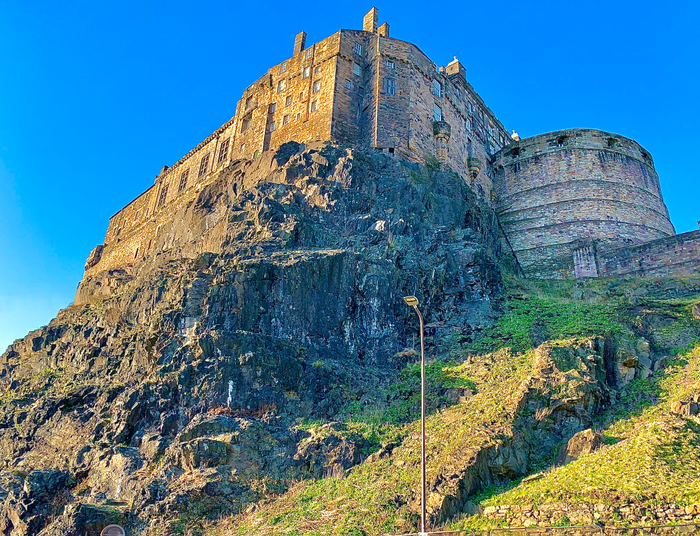 Part of our pre-planning was to sketch out a game plan, and we were glad we did, especially since we were only there a week. We arrived with a good basic idea of Edinburgh (I’m a dork for history so did a pretty deep dive into the city’s rich and storied past; my wife researched shopping, dining, and modern points of interest). Even though we knew what we wanted to see, do, and experience, we still left room for some improvisation—like spending an unplanned afternoon in an old pub drinking cider and listening to Scottish folk music after stumbling on an impromptu jam session (the upright bass player was working a crossword puzzle between songs). Or the day that, on a whim, we caught a train two hours north to the beautiful riverside village of Pitlochry at the doorstep of the Cairngorm mountains.
Our take away (which is also what they call “take out,” fyi)…? Our brief visit was a fulfilling first glimpse of a friendly, thriving city and country we cannot wait to go back to and explore more deeply. These highlights were part of our basic outline. 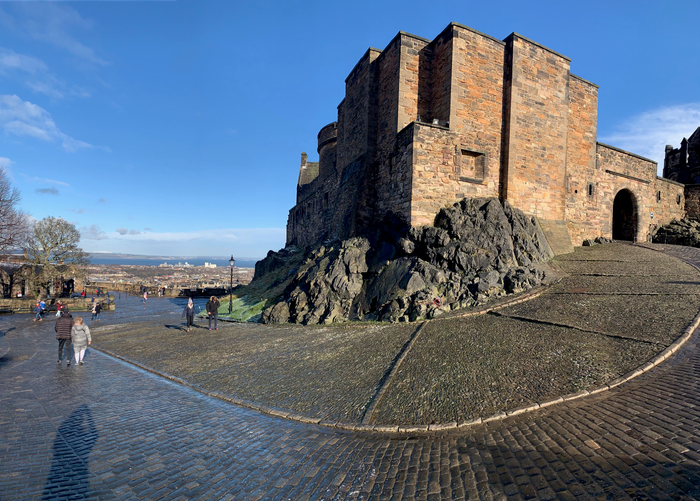 1) VISIT EDINBURGH CASTLE
Edinburgh’s past is present, always and often literally, starting with this ancient fortress built atop the plug of an extinct volcano. It can be seen from nearly everywhere in the city and is impossible to ignore. In fact, it’s where the city began. That Mary Queen of Scots gave birth to her only heir here is just one of its many fascinating stories. In summer, lines can be long, so buy your pass ahead of time—or do like we did and visit in a snowstorm. 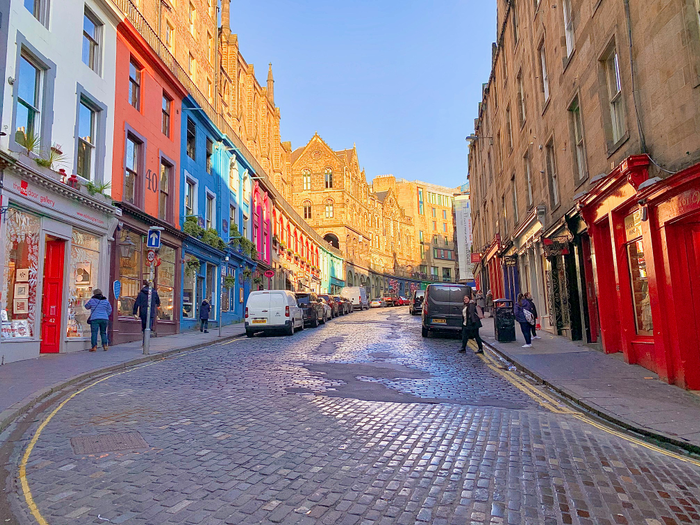 2) TAKE A HIKE
The weather was too blustery for us to conquer Arthur’s Seat, another extinct volcano rising above the Palace of Holyroodhouse, but we did hit Calton Hill. This 338-foot knob just off the urban buzz of the Royal Mile is a great place for views: the city, distant hills, the bay (called the Firth of Forth). It’s a steep little hike but well worth it. Plus, it’s dotted with several time-worn monuments, including a tower that looks like a telescope and an old jail that looks like a castle. 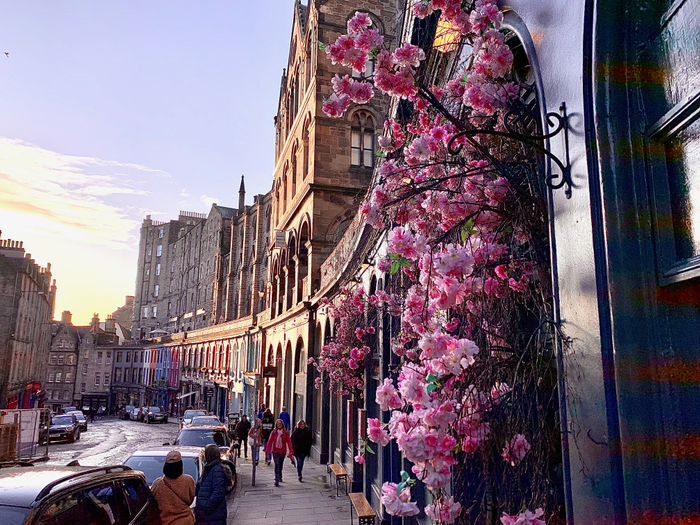 3) NATIONAL MUSEUM OF SCOTLAND
A beautiful, mind-blowing place that we visited twice…and still only saw maybe a quarter of. Learn the history of Scotland, including drama from royal families that makes the Kardashians seem like the Waltons. Plus, there’s so, so much more. And, it’s free. 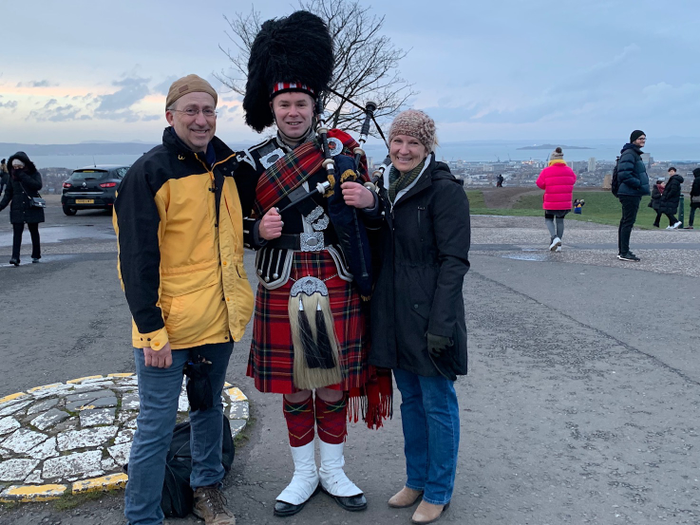 4) PALACE OF HOLYROODHOUSE
Completed in the 17th century (but with some parts of the grounds dating back much further), the palace anchors the lower end of the Royal Mile. It is the “Official Residence of the Queen,” and she still visits annually. Of course, it too is steeped in royal history but also features changing exhibitions; we took in a visiting collection of original drawings from Leonardo Da Vinci (he was pretty good). 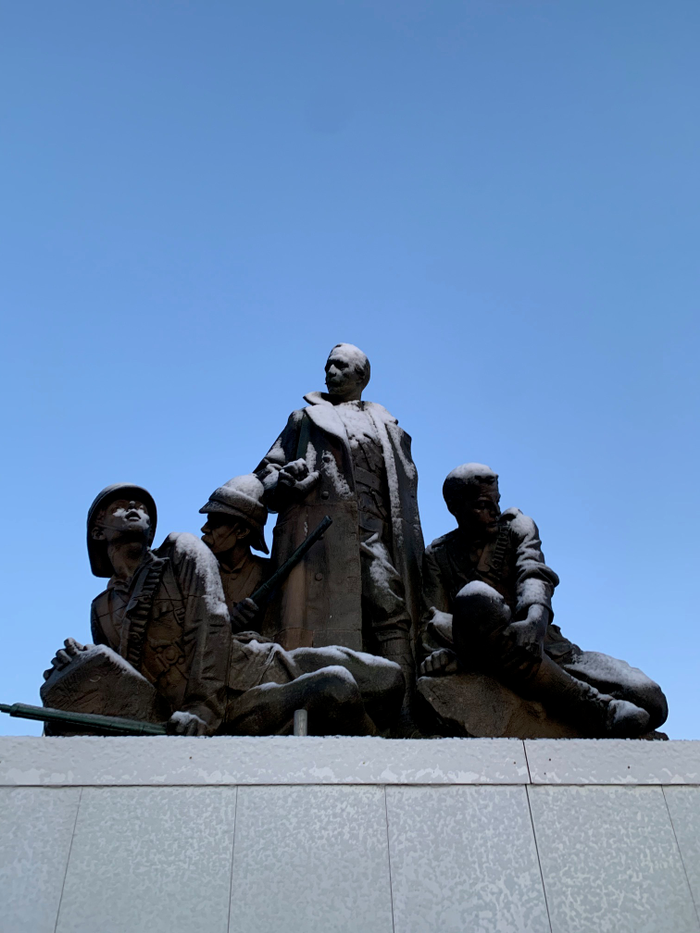 5) THE ROYAL MILE
All of it. Travel writer Rick Steves describes this street as “one of Europe’s best sightseeing walks” and, indeed, it is packed with pubs, shops, five-star restaurants, pubs, ancient churches, tearooms, pubs, whisky tasting, hotels and, did I mention pubs? But don’t just eat, drink, and shop; take time to learn the street’s backstory. We hired a guide and were glad we did: At one time Edinburgh was one of the most densely packed cities in the world, with tens of thousands living along this one stretch of commerce. That overcrowding led to the building of some of the world’s first high-rise buildings, many of which became, over time, squalid tenements for the poorest residents. It’s fascinating and reminds you that while royals may have done some high living here, the bulk of the residents who helped create this beautiful city did not. Editor’s note: Before venturing out, please read the latest information on COVID-19 travel restrictions at visitscotland.com/about/practical-information/covid-19-recovery-phases.
by Tom Mailey
All photos by Tom Mailey Pitlochry, one of Scotland's most beautiful and vibrant villages