5406 Crossings Drive, Suite 104, Rocklin, 916-251-7501, okisushi.menu11.com, @okisushirocklin
You’re either that crazy or that good.” My first thought when Rachel Batbayar told me they opened Oki Sushi in September of 2020. As it turns out, Rachel’s husband Jay, the sushi chef and co-owner, purchased the building in January of 2020—prior to the news of a business-killing outbreak. With all of the remodeling and shutdowns, by September Oki Sushi was ready and the virus was slowing (somewhat). So they’re not “that crazy”—just confident and optimistic. 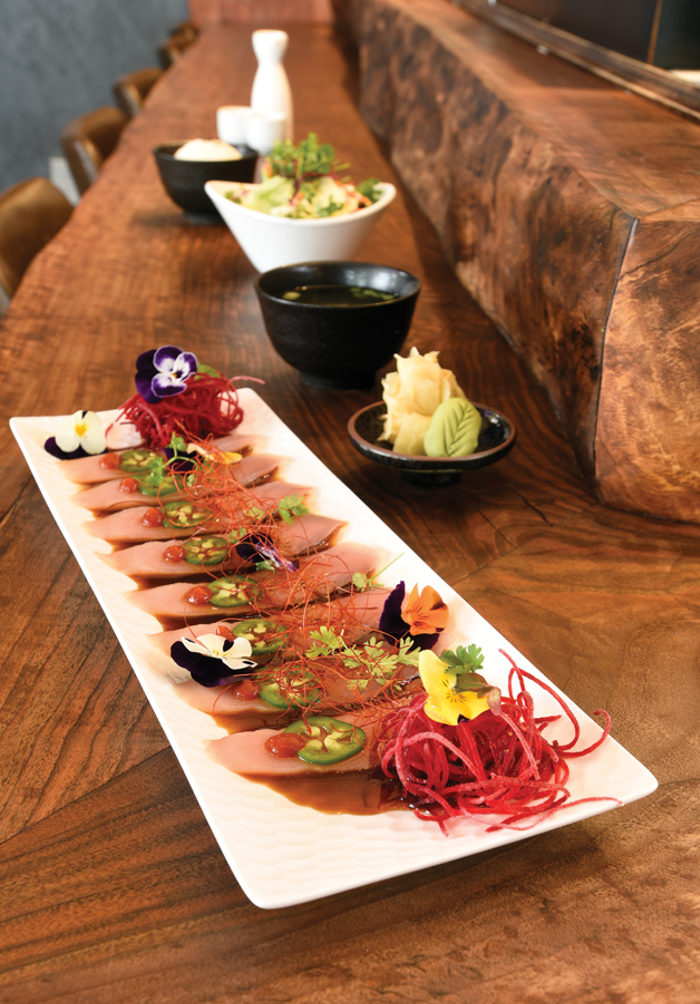 After consulting with Rachel, I placed my order over the phone and stopped by 30 minutes later to pick it up. (Dining restrictions were still in place at the time of this writing.) Even when feasting at home, I still eat my to-go orders as I would in a restaurant—appetizer first. In this instance, it was the pepper fin, featuring slices of albacore shingled across a bed of beet strings and topped with jalapeños, sesame oil, ponzu sauce, and a “spicy sauce.” Beautifully presented—even in a to-go container—and light on the palate, with a slight heat from the thinly sliced jalapeños and sauce, it made for a welcome start to the meal. 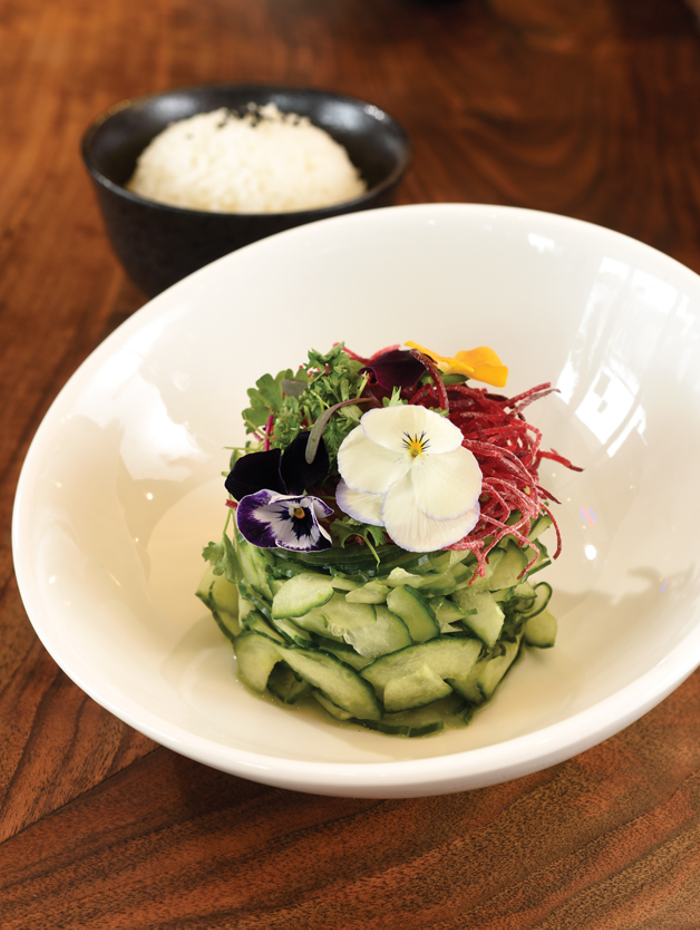 The next box to open was the salad course, of course! Oki Sushi’s sunomono—sliced cucumbers in a mild vinaigrette with sesame seeds—was a refreshing palate cleanser, especially considering I went a little heavy on the wasabi and sriracha earlier. 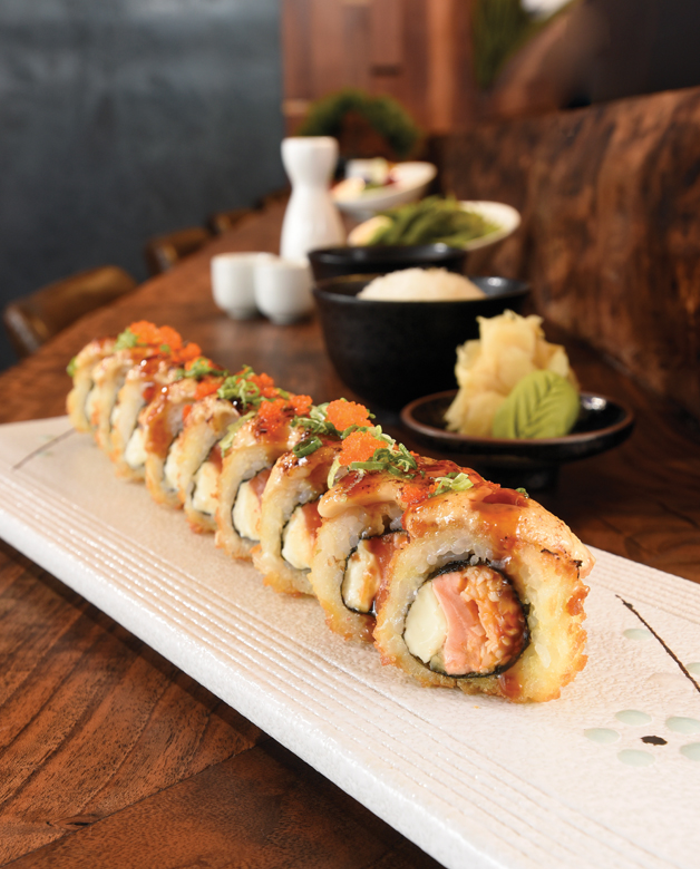 Every sushi house has its most popular roll; for Oki, it might be the Savage Roll—a deep-fried masterpiece containing spicy crab, cream cheese, red snapper, and salmon that’s torched, then topped with spicy mayo, unagi sauce, masago, and scallions. Definitely a mouthful, both literally and culinarily. 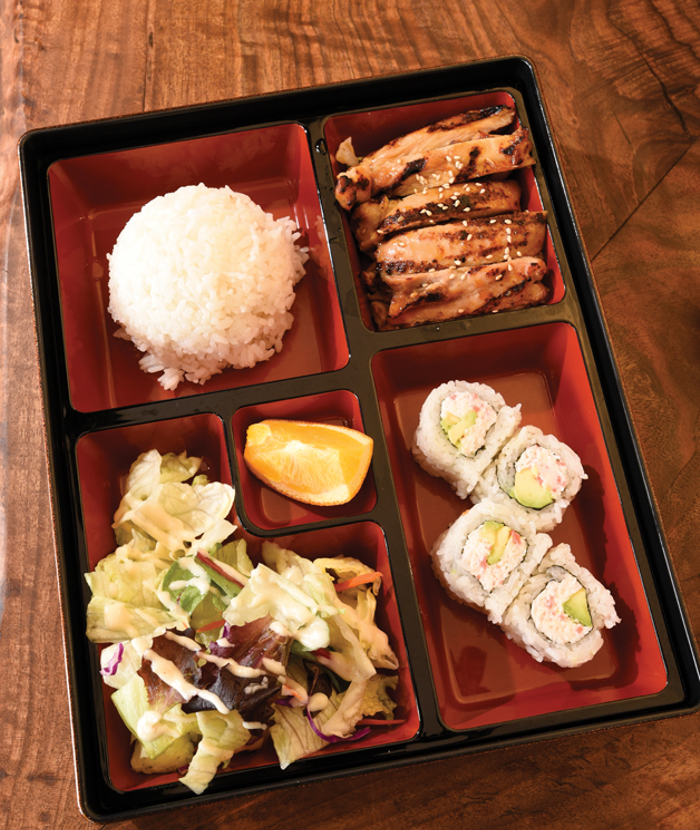 On to box numbers 4, 5, 6, and 7 (it was like sushi Christmas). Box 4 was an order of the small sashimi featuring sake (salmon), hamachi (yellowtail), maguro (red tuna), and shiro maguro (albacore). The others contained the included “sides” of miso soup, salad, and steamed rice. The miso was passable (it was cold when I got to it—my fault), as was the salad, but both were pleasant and unexpected additions. The sashimi was almost as fresh as if someone had caught it that day, and Chef Jay’s knife work was impeccable. 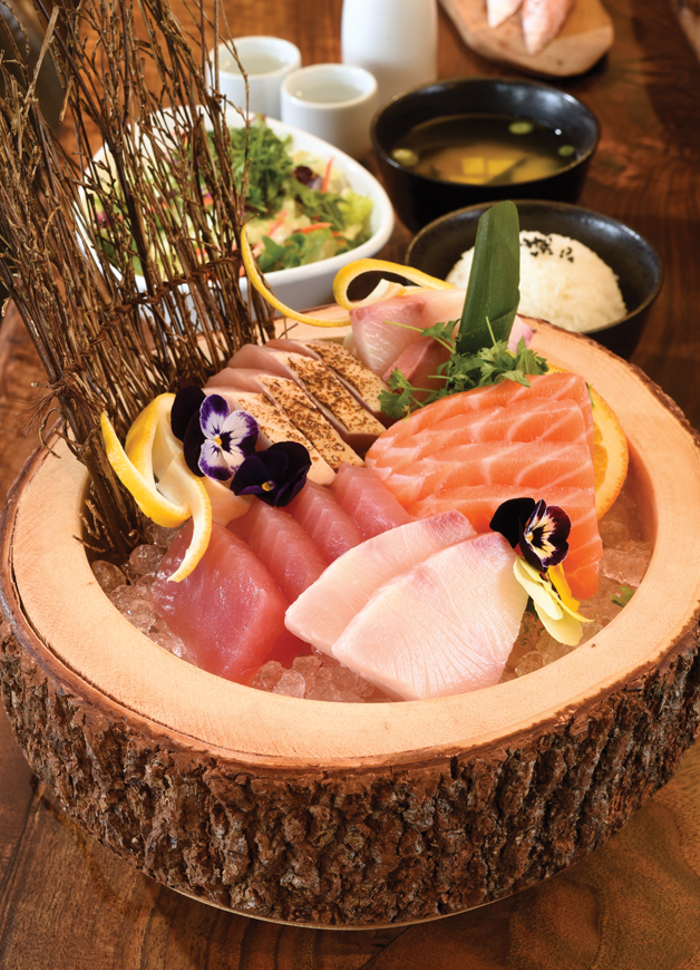 Congratulations to Jay and Rachel! You’re definitely not “that crazy,” and your food is absolutely “that good.” 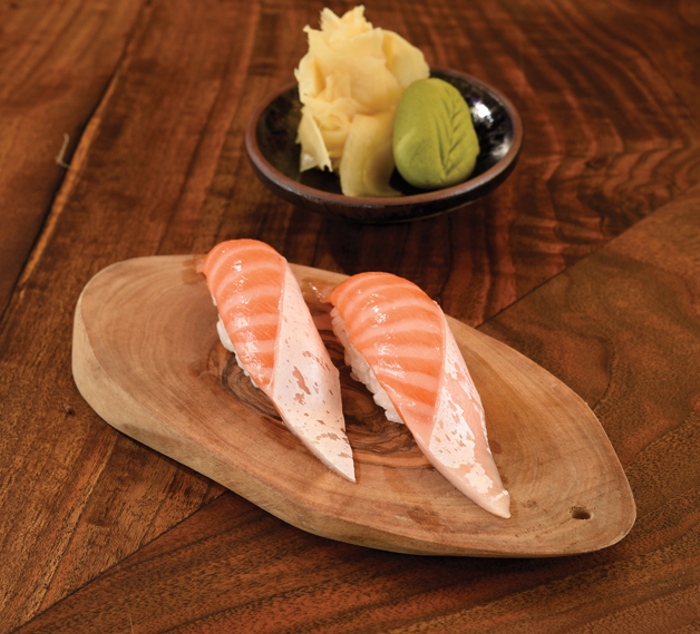 by Lorn Randall
photos by DANTE FONTANA
PHOTO BY DANTE FONTANA
Photos by Dante Fontana © and wholly owned by Style Media Group—please don’t steal our copyrighted photos. For more information about our editorial photos, please click here to contact us <<LINK TO https://www.stylemg.com/pages/contact-us