Driving on even the roughest roads, there is not a squeak nor rattle to be heard.

Objectively, the 2020 Lexus GX460 is not what you’d call a good car. Subjectively, though, I somehow find myself adoring it. How can you like something that isn’t good, though? It could be nostalgia. To be honest, most of it is nostalgia. Here is a brand-new vehicle made in 2020 that is largely the same as it was 15 years ago. The engine, is old. The infotainment and air con controls, they’re relics. But it’s also refreshing, because old doesn’t always mean bad. What has at least been updated are the modern safety systems, such as blind spot monitoring and collision prevention. 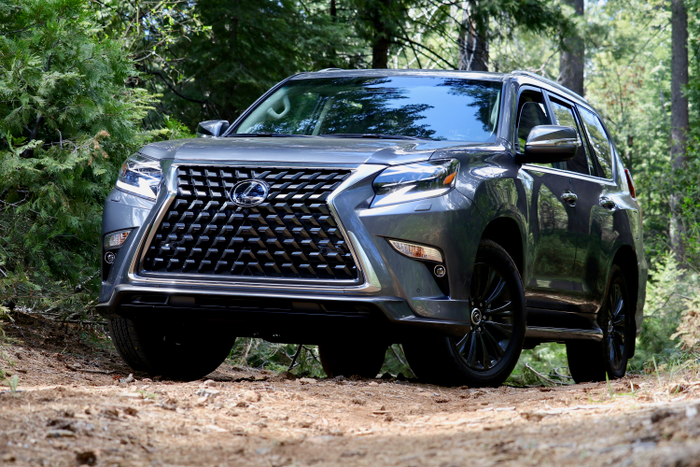 On the outside, it has the same shape as the Dot.com era GX470, and it’s a nice basic shape.

On the outside, it has the same shape as the Dot.com era GX470, and it’s a nice basic shape, being rather taut and purposeful. But then there’s the only part that really has changed: the grill. Call it what it you want—spindly, massive, gaudy, it’s not entirely pretty. It is aggressive, but it does get noticed, helping it stand out amongst others. But for many, the grille alone can be a turn off. To me, the shape of it reminds me of the Predator that chased Arnold through the jungle.

However, it’s like a classic gentleman’s study inside, with leather chairs you wear like your favorite Andrew Marc jacket; one you could fall asleep in on command. It makes you want to pull out a copy of James Joyce and feel intelligent. Everything you touch has a quality and certain heft to it. I like that. Yes, it looks a bit dated overall, but neither is it unfashionable. This is simple, classic luxury.

Driving on even the roughest roads, there is not a squeak nor rattle to be heard; it’s as secure as an underground bank vault. The ride is beautiful, leaving occupants asking themselves, “I thought this was a bumpy road?” Furthermore, road and wind noise are library quiet. This is as much of a luxury experience as you could barter for, with prodigious isolation and comfort for passengers. The tradeoff is in the handling, or lack thereof. Wayward is an understatement. 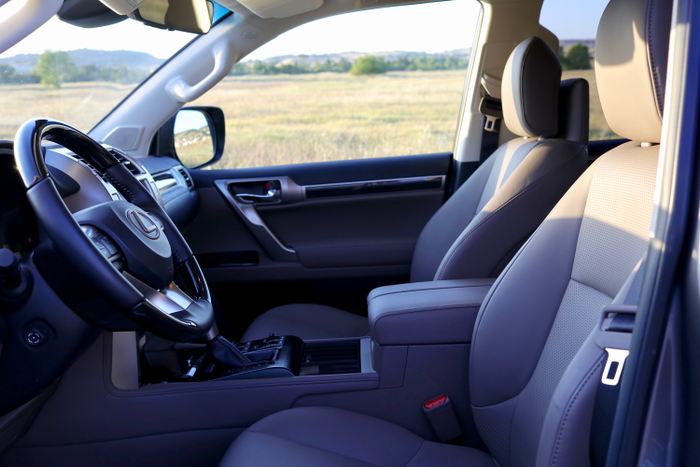 The steering is heavy (I like heavy) and slow, which makes highway driving at 70 a breeze. But turn the wheel a bit more dramatically and you can feel all the mass not wanting to change direction. The soft suspension then heaves all around like a bucket full of water. Word of advice then, don’t enter the GX460 in an autocross, and pay attention to speed suggestions on switchbacks. It doesn’t drive like a new car, but I like that. It’s part of the charm, that this feels like a traditional, old-fashioned gut-busting SUV behind the wheel.

The 4.6L V8 does without turbos, and is good for only 300 horsepower, which frankly isn’t enough. It feels slow pulling away from stops and having only 6 gears doesn’t help either. Going up slight grades on freeways required lots of throttle and a big downshift. Shifting from reverse to drive in parking maneuverers also created a notable clunk and jerk. But this is an industrial grade transmission built for abuse like the truck it is. Towing is even a respectable 6,500 pounds. 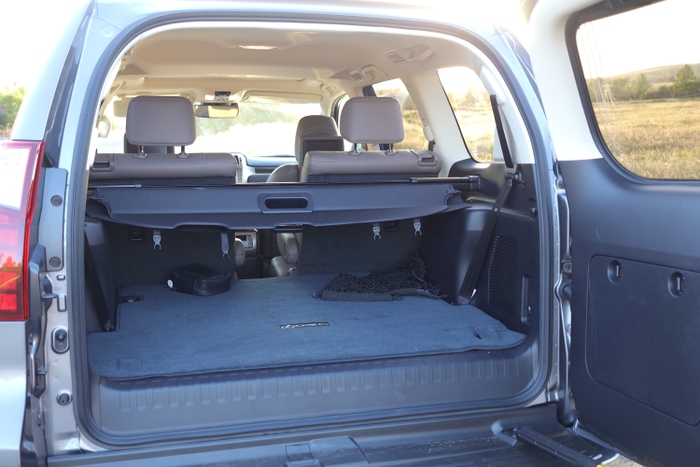 I want vehicles like the GX460 to stick around.

Wind up the V8, though, and things change. The subdued growl turns into a NASCAR howl once the tack points north. And beyond belief, the big GX hits to sixty in just under 7 seconds. Similarly, it hits 50-70 convincingly in under 4 seconds. For a big willowy beast that felt slow initially, it can move with a hammering authority. Fuel economy, as expected, is…poor, averaging 17 but at least making it to 22 on the freeway. Yes, an X5 with a six-cylinder torches it in performance and economy, but it doesn’t sound like this, nor go off-road. Which brings us to…

The Lexus GX460 is an off-road provocateur. Yes, 99% of GX owners will not venture off their preferably smooth pavement of a gated community, but if you do, and you should, it’s nothing short of a wonder. And that it can do all it can right off the dealer lot, no modifications required. Yet, there are no compromises, unlike purpose-built off-road machines.

An advanced AWD system with a 2-speed transfer case, solid rear axle, disconnecting anti-roll bars, and terrain selection controls basically does it all for you. Articulation is phenomenal, allowing the suspension to work to its full extent with the roll bars disconnected allowing extra needed suspension movement. There’s even a ride height adjustment switch. Short of crawling over boulders, there are few places the GX can’t go; and this is on modest tires no less! I took the GX460 off Highway 50 up Mormon Immigrant Trail where I found several muddy areas and deep rutted routes, and the GX, once in 4L, acted as if, well as if it wasn’t there. Crossing the African continent? No problem. 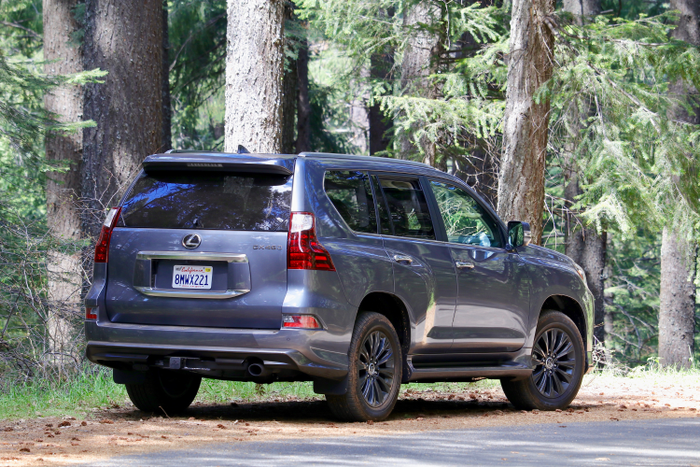 There are few new real SUVs left like the GX460, most switching to modern unibody construction and losing their off-road cred.

There are few new real SUVs left like the GX460, most switching to modern unibody construction and losing their off-road cred. The GX460 retains its classic upbringings to end up as the niche choice among these vast machines. You can’t do what this can in a BMW or Volvo. Your only other real options would be a much more expensive Range Rover, or the Lexus’ Toyota stablemates in the shape of the 4Runner and Land Cruiser. Yes, it technically has many things wrong with it. But the things it does right, it does so well that it leaves a lasting impression with its swaggering charm and talent. A car could be perfect, but then should it? Its shortcomings are what becomes its personality. Cars should be like humans, they need personality. For years I never liked Roger Federer, because it seemed like he didn’t even try; he was just too good. As he got older and became vulnerable, that’s when I became a fan after seeing his fighting spirit and emotion in his play. It’s not that unlike the Lexus.

Why the only 3.5 stars then? Well, it isn’t cheap at $73,050 for this fully-equipped “Luxury” model. The lack of modernity in the features and amenities is also a worry when a BMW and Mercedes are about 10 years ahead in the same areas. An extra 50-100 horsepower wouldn’t be amiss, either. I want vehicles like the GX460 to stick around. Just maybe do something about that grill and infotainment, Lexus.

Cons: Not cheap, infotainment from the Bush Administration, fuel economy

Verdict: A traditional, real SUV that knows what it wants to be

Mitchell Weitzman is a resident of El Dorado County and graduate of UC Santa Barbara. He’s been around cars his whole life and loves racing, such as Le Mans and Formula 1. Mitchell is also a seasoned driver with experience at Laguna Seca and Circuit of the Americas. He loves being able to tell a story through his words and pictures.