Starry Nights: Connect to the Cosmos Warm summer nights and stargazing seem to be synonymous. Curious where the best views in town are? Keep reading for some stellar spots to sneak a peek, along with some fun facts that’ll rock your world. 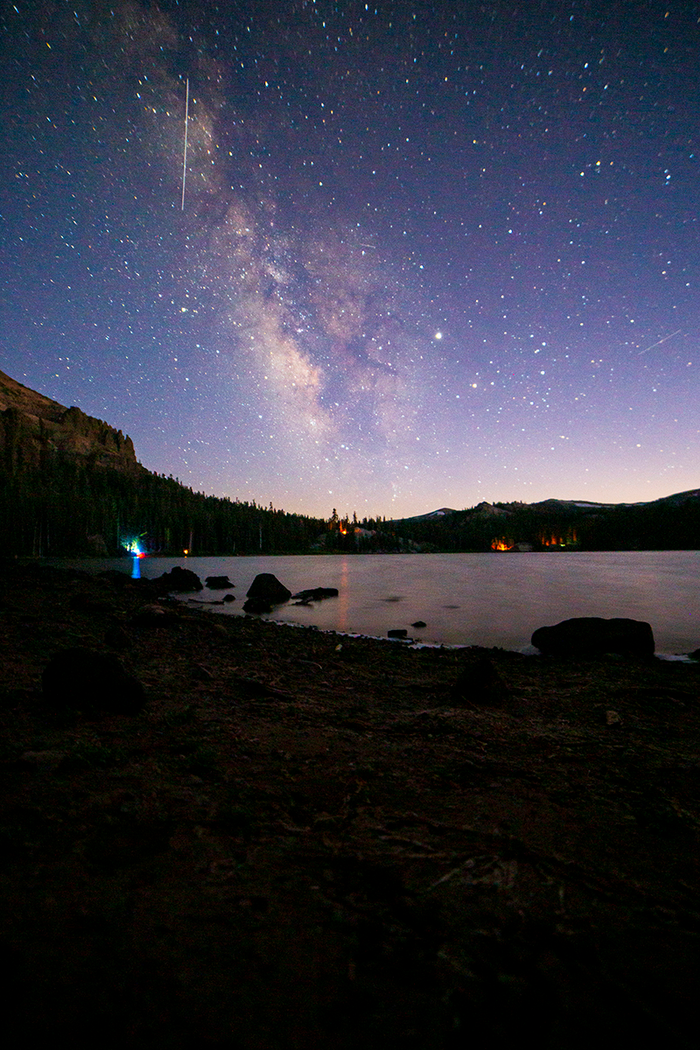 You can see up to 3,000 stars at night with the naked eye, and you may be able to see them all at Wrights Lake in Desolation Wilderness, Round Lake in Meiss Meadows, or Winnemucca Lake in Mokelumne Wilderness. Away from the light pollution of cities and high in the crisp mountain air, they’re ideal locales to contemplate the deepest mysteries of our existence: the cosmos. Don’t miss the annual “Perseids” meteor shower with incredible clarity on August 11-12. Go with camp chairs, a blanket, hot chocolate, and maybe even a splash of Baileys or whiskey to lighten the mood.

Solving these universal mysteries is the greatest catalyst for technological advancement. Answering the questions of how the universe works has pioneered everyday things like cell phone cameras, wireless headphones, smoke detectors, and even baby formula. In Placerville, you have the opportunity to experience one of the first tools ever invented for this purpose: the telescope. The Placerville Community Observatory (communityobservatory.com) offers free astronomical observations every Friday, Saturday, and Sunday night. 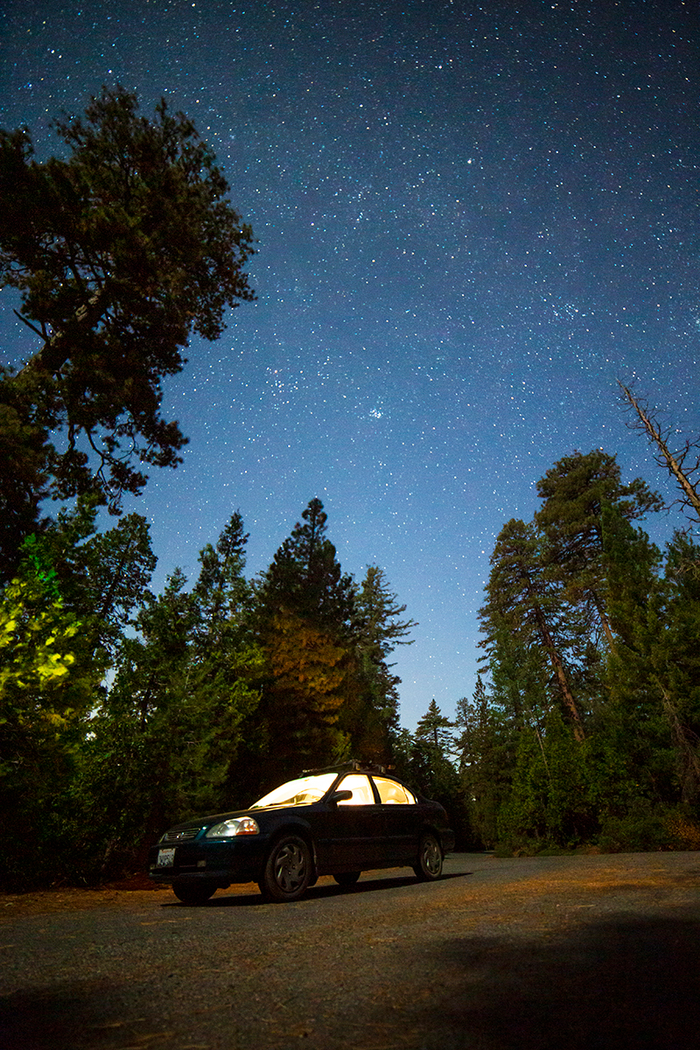 Observing the night sky with the naked eye obviously predates our most basic technologies. All cultures have developed “sky maps” for navigation, drawing shapes, or constellations. The Greeks were responsible for the shapes we all know, like Ursa Major, home of the Big Dipper, which is easily seen from local spots like Beals Point and Negro Bar at Folsom Lake.

People used these “maps” to navigate the world’s oceans and deserts remiss of any landmarks for navigation. In the Northern Hemisphere, we use the North Star (Polaris), which marks the spot directly over the North Pole. All the other stars seemingly rotate around this star, but it’s really Earth that is rotating. When visiting Salmon Falls Bridge, use Star View Lite or Sky Map to locate the North Star and more. 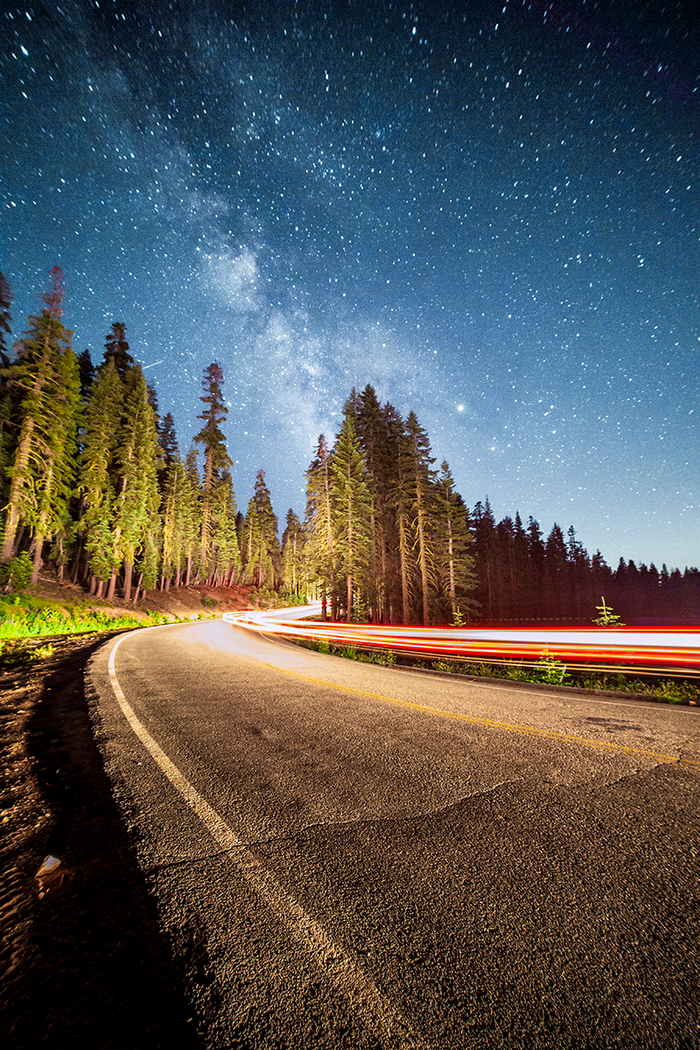 But what about that huge river of stars across the sky? We now know that the Milky Way is not a splash of milk from the breast of Hera, as the Greeks believed; rather, it’s actually one of the rotating “arms” of our spiral galaxy.  When you go to Finnon Lake in Placerville, look up and know that 23,000 light-years away there’s a black hole at the center of our galaxy around which everything is rotating.

The constellations aren’t the only way to connect with ancient history. Stars can be millions of light-years away, meaning you’re looking at light that can be hundreds of thousands of years old! In fact, some of the stars you’re seeing have already fizzled out, and you’re actually seeing stars from the past! The two-million-year-old shore of Lake Tahoe is a great place to contemplate both time and space.

The aforementioned lakes aren’t the only spots where you can see the stars reflected by pristine, still water, however. Jenkinson Lake, sited in the heart of the Eldorado National Forest, may be closer to home and equally gratifying. 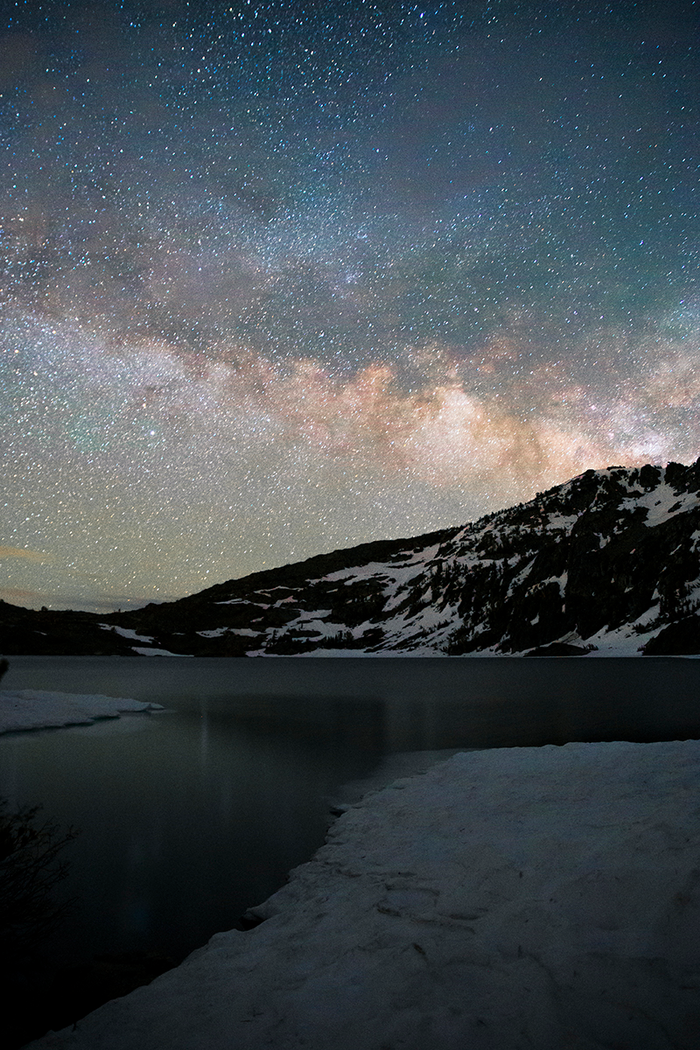 Deer Creek Hills Preserve in Rancho Murieta also checks the box for low light pollution, making it another great place to see the stars, which don’t twinkle, as the song may otherwise indicate. As light enters into our atmosphere, the gases that make up the atmosphere itself cause the light to bounce slightly, creating the illusion that stars twinkle.

Twinkling aside, the best places to see the stars are away from cities at higher elevations on clear nights. That’s why places like Cronan Ranch and Foresthill—both in Tahoe National Forest—are primo places for a date night with the stars.