What do you do when you're a community arts organization that isn't allowed within six feet of any community members?

Move the community online, of course.

That's exactly what the Arts Council of Placer County (ACPC) did with their inventive Stay at Home Talent Contest—an online-only contest celebrating the best of quarantine talent across its many forms.

According to ACPC Executive Director Jim Crosthwaite, the contest was a natural extension of the organization’s normal scope of work. The active nonprofit is the designated arts partner for Placer County and the California Arts Council, which executes a similar mission on a state-wide scale. ACPC both supports and promotes the arts and artists within Placer County with programs like the Community Arts Grants program, community fundraisers, pop-up artisan markets, and events like art shows, performances, and the popular Placer Artists Studio Tour (rescheduled for the fall.) However, in light of COVID-19, most of ACPC's events and programs have been canceled or postponed to later in the year. But that doesn't mean the Council staff and volunteers aren't hard at work.

Crosthwaite says the idea for the Stay at Home Talent Contest was formulated at a monthly meeting of ACPC's board of trustees as they discussed how best to serve local artists and art supporters from afar. "This seemed like something that would support creativity, expression, and the arts," says Crosthwaite, "while giving those sheltered at home something to do with their spare time." 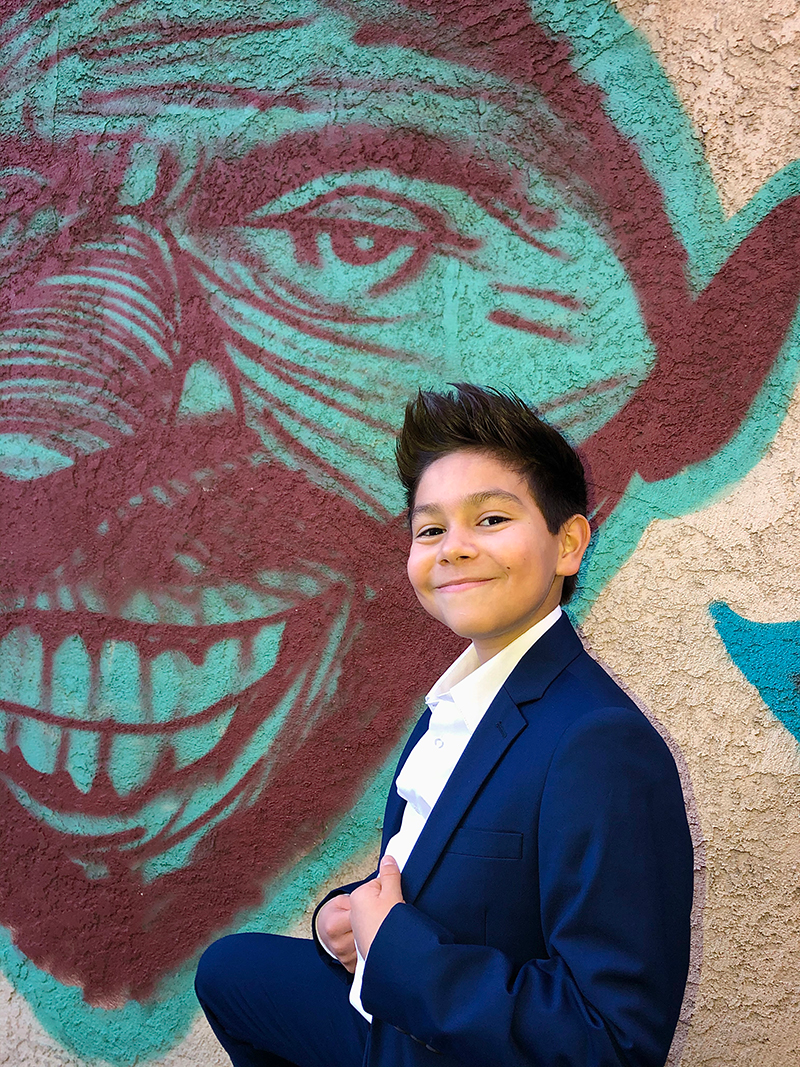 Several dozen videos were collected over the month-long contest with one winner selected every week. "My reaction was not 'I won!'" says week one's winner, 11-year-old Armand Munoz. "It was more like 'I won?' I was shocked!" He expertly played the whole of Queen's "Bohemian Rhapsody" on the piano in his winning video, which wooed the panel of judges. Munoz had been spending his extra time at home perfecting the entire song, which took him about a year to learn in total. "When I saw the talent show, I thought 'why not put my name into the hat?'" he says.

Crosthwaite says that what type of video won on any given week was entirely up to the panel of five community members who served as judges and who changed weekly. Each judge sent his or her top choices back to APAC, which assigned points based on the rankings. The video with the most points was declared the winner. "They're instructed to just judge on what they like best, so judging of talent is very subjective," says Crosthwaite. 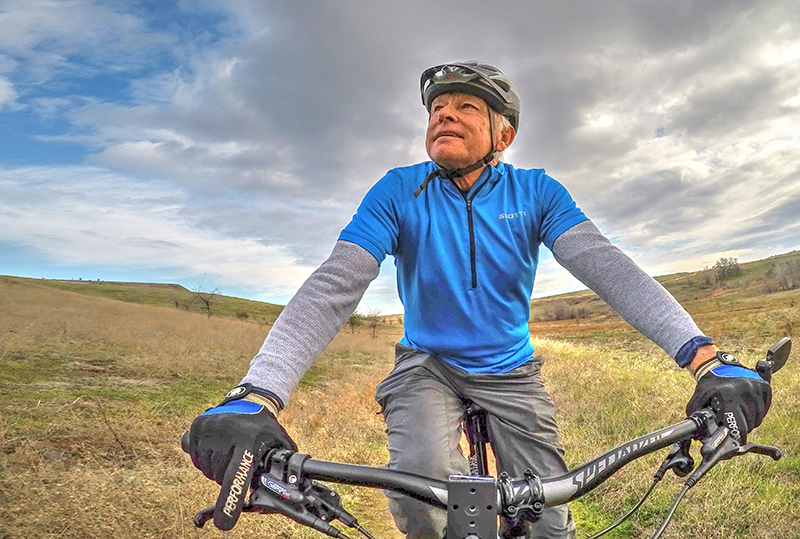 That was certainly true during week two, when Ron Nabity won for his humorous video diary on what it's like to spend a day quarantining while living alone. Set to the tune of "End of the Line" by English supergroup The Traveling Wilburys, Ron's video includes experiences many people sheltering in place can relate to, like working out at home, rationing toilet paper, and, of course, video chatting in one's pajamas. He actually made the video earlier in the month before the contest was announced, so the timing was fortuitous, especially as access to art institutions has been limited in the shutdown. "I saw the ACPC video contest as a great way to find and share some of the creativity of people who are staying at home," he says, "and I wanted to join in on the fun." 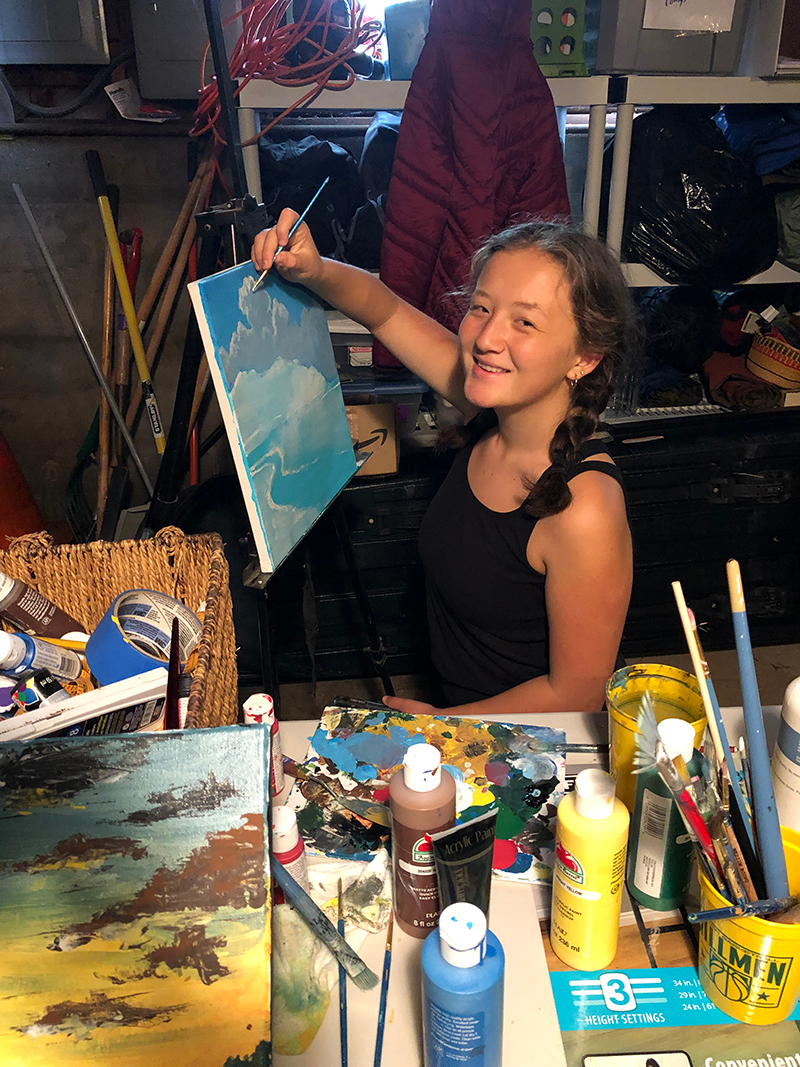 Week three's winner took a different approach to displaying her artistic skills. Rather than submitting a performance, local high schooler McKenna Griffith instead made a compilation video of paintings she's been creating while staying at home more. According to Griffith, "I really love nature and being outdoors. Being at home so much during shelter-in-place makes me miss it, so I decided to paint landscapes, which brought the outdoors inside to me." When she learned of the contest, she thought entering would be a good way to share the outdoors with others who are spending most of their time indoors. Her paintings focus mainly on landscapes and scenes of spring and summer.

The variety of talent submitted for the contest has impressed the judges, says Crosthwaite, and he was glad to see so many different types of art supported by ACPC represented in the entries. "The variety has been great, and I always look forward to seeing something different when a new entry comes through," he says. 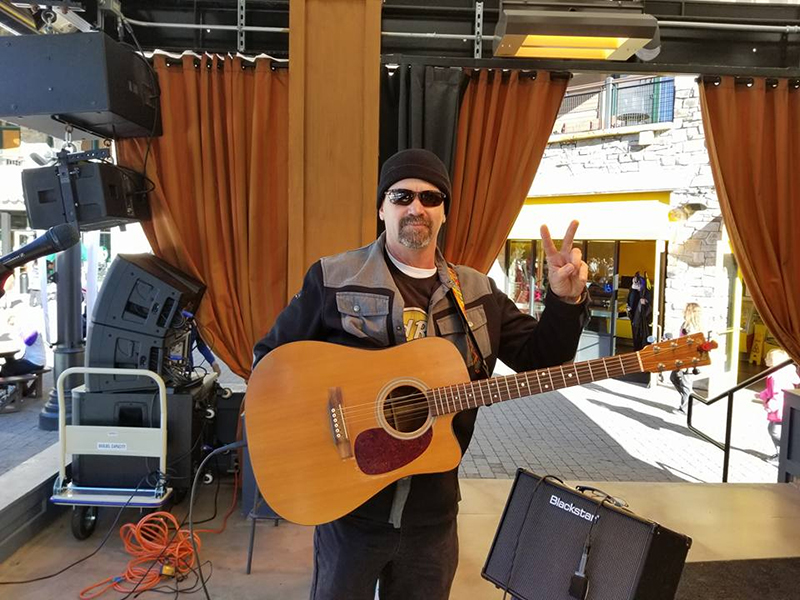 The final winner, Norm Follett, is a musician who splits his time between Auburn and Soda Springs, near Tahoe. His band, Soda Sounds, often plays at events and resorts around the North Lake area, but with the band's calendar freed up and album recording delayed, Follett found himself feeling a bit down, and decided to start playing music on his deck for his dog and cat. His son Zac suggested they film him with a drone as he performed, and the video was born: an original, social distancing-inspired song called "Not Here." "I've been digging into some new techniques, dusting off some old ideas, and creating some new music in this amazing environment on the summit," Follett says. "Normally, I wouldn't have had the time for that kind of reflection and focus, so I'm excited to see how I can use this opportunity to grow in many ways. It feels like lots of people are trying to do the same, and I'm excited to see what they do and create because of it!"

Watch all the videos, learn more about the Arts Council of Placer County, and stay up-to-date with future events at placerarts.org.