How does one turn a narrow, cramped space into a dreamy master bathroom?

Ask Kent Eberle of Eberle Remodeling in Sacramento. A 28-year veteran of the home redesign business, Eberle and his crew knew exactly how to transform their clients’ current bathroom into the functional, spa-like oasis they desired.

First, Eberle presented his clients with a 3D perspective using a design program called CAD. This exercise helped the homeowners get an inside look at options that would improve their bathroom both functionally and aesthetically. “In the case of this project, many changes occurred,” Eberle says. “The ceiling was vaulted, a skylight was added, walls were removed and reconfigured, and the footprint of the bathroom was enlarged…all in order to accomplish some of the clients’ goals.”

According to Eberle, bathroom remodels, just like kitchens and other rooms, must be designed as highly functional spaces overall. “Every inch counts and we try to leave no stone unturned with regard to the possible floor plan changes,” he shares. For this particular project, the top of the priority list included adding a comfortable shower bench seat area to allow for a steam room, and carving out the space and position for a soaking tub.

“The desire was to easily move from steamy hot showers to invigorating cold tub plunges and then back again!” Eberle says. In order to achieve this, the crew captured some of the attic area and existing hallway space. Along these lines, the tub and shower were both partially positioned under the rake of the existing roofline.

According to Eberle, the glass shower enclosure – with its many angles – was really a work of art. “Our shower door subcontractor, who’s been in business for many, many years, commented that it was probably the best (most level and plumb) tile installation he had ever seen,” he says. “An existing furniture piece was repurposed for the new vanity, which was topped with two vessel lavatories.”

The final project won a 2011 National Association of the Remodeling Industry (NARI) Regional Contractor of the Year (CotY) Award in the “Residential Bath” $30,000-$60,000 category. But, as Eberle notes, knowing the owners’ expectations were exceeded was an even greater reward. “Their new spa-like bathroom provides them with the quieting spa-like ambiance they wanted from the start!” he says. 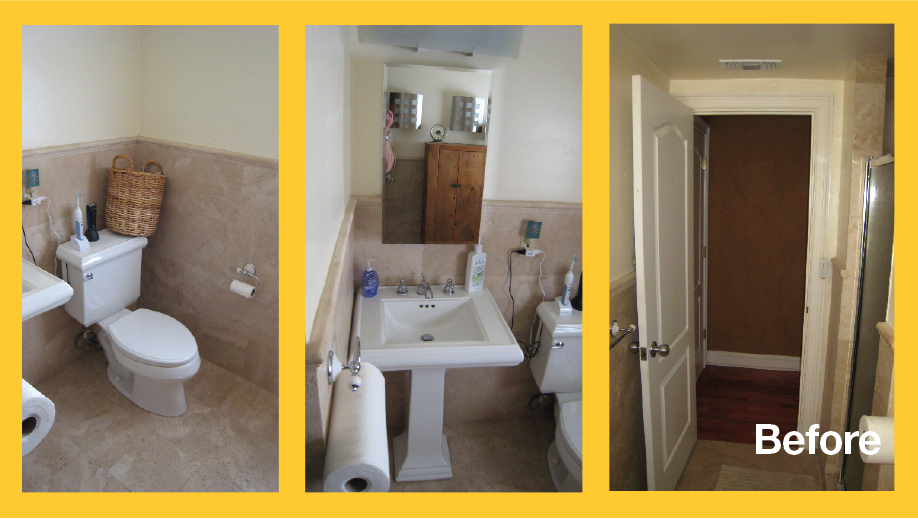